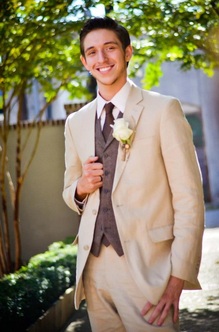 Cody Carlton is the Executive Artistic Director as well as the Main Stage Director for CharACTers Theatrics. Cody began performing at the age of 12 with his first role as The Artful Dodger in Lionel Bart’s Oliver! and has been involved ever since.  Cody has performed in well over 50 productions playing such roles as Romeo in Romeo and Juliet, Gaston in Beauty and the Beast, and Emmett in Legally Blonde the Musical. Cody began directing at the age of 15 with his first show, Disney’s The Jungle Book, which received rave reviews and had a completely sold out run.   At the age of 16, Cody formed CharACTers Theatrics along side Santana McKinney-Carlton, in Gadsden, Alabama. Over the past 7 years, Cody has directed over 40 productions. Some of Cody’s most recent directing credits include Les Miserables, Shrek the Musical, Spamalot, and Peter Pan. Cody has also adapted 6 plays including Tom Sawyer, Pride and Prejudice, and A Christmas Carol.

Cody also serves as the President of the CharACTers Board of Directors.

In addition to theatre, Cody currently attends Jacksonville State University and will graduate May 2015 with a BS in English Language Arts Secondary Education.  He is married to Santana Carlton who currently serves as the Artistic Director of the CharACTers Children’s Theatre.  Cody and Santana work as a production duo on many productions with Cody as the director and Santana as the choreographer.

Cody is excited about the future of CharACTers and looks forward to seeing the organization reach new heights. 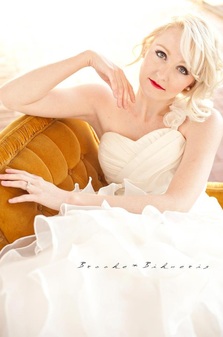 Santana currently serves as the Aristic Director  for the Children's Theatre and Lead Choreographer for CharACTers as well as the Director/Instructor to the award winning CCT KIDS Competition and Performance Troupe and the Musical Theatre 101 class. She has performed in numerous productions within the past eight years. Some of her favorite roles include Peter Pan in Peter Pan the Musical, Elle Woods in Legally Blonde the Musical, Amber von Tussel in Hairspray, and Belle in Beauty and the Beast. Santana has also choreographed for other organizations such as The Theatre of Gadsden, Heritage Hall’s Arts Education Program, and 21 Century After-School and Summer Programs. Santana has been working in the Visual and Performing Arts field with children for 8 years. She has two Associate’s Degrees in Art and Business from Gadsden State Community College. Santana is currently attending Jacksonville State University where she is studying Technical Theatre.

Santana is a woman who wears many hats. Not only does she perform and teach, she is also involved in the "technical" and business side of CharACTers. She currently serves as the Treasurer/Secretary for the CharACTers Board of Directors. She is the resident Graphic Designer and spends most of her spare time designing all the posters, programs, banners, t-shirts, and more for CharACTers. Santana is also the Event Coordinator and works continuously to make "CharACTers" a house-hold name.

In her very little free time, Santana enjoys working on craft projects. She loves to host parties and entertain. She coordinates birthday and holiday parties for her friends, family, and students. She also makes and decorates cakes as a hobby! 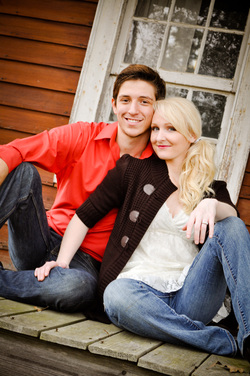 Cody and Santana have been together since November 5th, 2006 when they met while working on a production of The Secret Garden together at Gadsden State Community College. Their love for theatre and each other grew over the years, and that is why the world can now experience a CharACTers production. Santana and Cody believe they work best as a team and cannot imagine working without each other. Santana and Cody attend Meadowbrook Baptist Church in Gadsden, AL where they both serve as the 1st Grade Sunday School teachers and are cast members in the Wednesday night KidStuff program. Together, they have two furr-babies, a Pomeranian named Glinda and a Yorkie-Pom, Elphie.